Abi Richards was a 19 year-old student at Plymouth University when she discovered an abnormal mole on her back. After undergoing a wide local excision to remove the mole and surrounding tissue in 2009, Abi had a CT scan which indicated the operation had been a success.

Unfortunately, it didn’t end there. Some of the cancer cells had escaped detection and in summer 2016, a CT scan revealed that Abi, now aged 27 and living in Andover, had 13 tumours in her liver and one on her lung.

Abi was subsequently referred to University Hospital Southampton, a specialist centre for melanoma, an advanced form of skin cancer.

My husband and I describe the moment like something you see on a TV drama; they cleared the nurses’ office and sat us down and told us the bad news.

Abi’s health continued to deteriorate as she waited for the appointment, where she was to receive some more devastating news.  “I was told one of my tumours was 10cm and my liver was failing. The doctor explained I was looking at about two weeks to live.” says Abi.  “I just kept thinking about how I was going to tell my parents, what about Ross? I’d just got married and was only 27, what about the kids I wanted to have?” .

The doctors at Southampton recommended trying cancer immunotherapy, making it clear that although the treatment might work, there was a risk it could also speed up the progression of the disease.

With only two weeks’ to live, I had nothing to lose and immediately agreed to immunotherapy,

Under the care of the University of Southampton’s Professor Christian Ottensmeier, Professor in Experimental Cancer Medicine, Abi was put on a combination of immunotherapy drugs ipilimumab and nivolumab, both only recently licensed and made available on the NHS for the treatment of melanoma.

Abi recalls: “When you have cancer, straight away you think chemotherapy. You think you will lose your hair and become really ill. But with the immunotherapy, all I had was a rash.”

Following immunotherapy and a two week stay in hospital, Abi was free to go home.

From August 2016, Abi received treatment every three weeks. After the second course, Abi had a scan and was once again taken into a room, but this time the atmosphere was quite different. “They told me, excitedly, that the tumours had all got smaller. The immunotherapy was working.” recalls Abi.

In January 2017, Abi had a detailed PET scan and received even better news. “The doctor came in with the results. He told me there were no active cancer cells! I didn’t even know this could happen, and I think the doctors were just as shocked!” says Abi. There was no longer any ‘evidence of disease’ in her body.  She and husband Ross both walked out in tears, this time of joy. 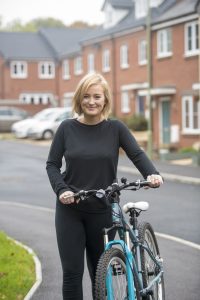 The team at Southampton had not previously treated anyone at such an advanced stage of melanoma as Abi.

Professor Ottensmeier says “Abi’s case was not one that we see regularly so we did not know what outcome to expect and to prepare her for. Through years of research and clinical trials at Southampton we know the amazing power that immunotherapy can have, but to see the reduction in Abi’s tumours happen so quickly after treatment started was truly remarkable.  Abi’s story is one of great hope for our patients and shows how important clinical trials and medical research is.” 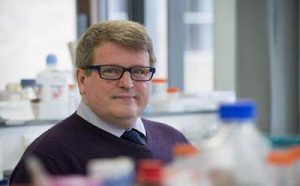 Abi is now back at work as a personal assistant and feeling well. “I am just me, as I was before. I do worry about it sometimes but I am a very positive person. The doctors talk about the future now and so I do too. Just being here is amazing, spending time with my family and friends.”

In full remission, Abi is no longer receiving treatment but attends follow-up appointments for blood tests and scans, which will become less frequent. 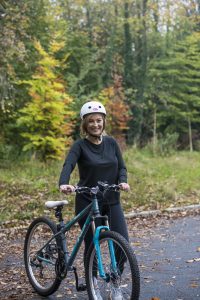 Following her incredible experience, Abi has been inspired to fundraise for the University’s campaign for the new Centre. “I was really happy to be at Southampton. Everyone kept telling me it was the best place to be in the country, and it was. The team was amazing. I am so grateful. To support their campaign, I wanted to pick something unique, something I would never normally do, something that would be a big challenge,” says Abi.

Abi and Ross are training for a 100 mile cycle ride from Bournemouth to Brighton on 7 April, 2018.  Find out more about her challenge and her motivating story on her JustGiving page: 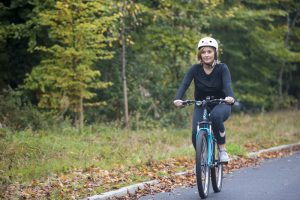