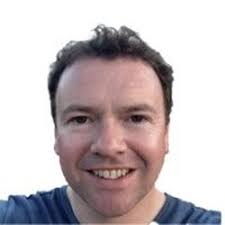 Why do you think we have seen a rise in breast cancer in recent years?

The number of people diagnosed with breast cancer increased globally with the introduction of screening programmes in the mid 1980’s, when women over 50 began being regularly invited for a mammogram. But numbers are still rising, possibly due to cultural behaviours that increase a person’s risk; for example obesity, alcohol use, not being physically active, having children later in life, having fewer children and breastfeeding less.

What is the difference between primary and secondary breast cancer?

However, eventually these treatments fail as the cancer cells learn to escape their effects and the cancerous growth can no longer be controlled.

How is cancer immunotherapy changing the face of treatment for some people?

Immunotherapy – treatments that use knowledge of the body’s natural immune system to specifically target cancer cells – is dramatically changing the survival rates of patients with some types of breast cancer. For example, people with HER2 positive (HER2+) breast cancers (invasive breast cancers that have the potential to spread to other parts of the body and account for 15-25% of all cases) previously had a poor survival, and were only offered surgery and chemotherapy as treatment. The invention of immunotherapy has markedly improved survival rates and reduced the chances of HER2+ breast cancer being re-diagnosed (or recurring). Most patients also experience fewer side effects from these targeted therapies.

There is more work to do however, as the cancer can build a resistance to these new treatments. Combinations of immunotherapy and other treatment types are being evaluated to make it much harder for cancer cells to escape the effects of treatment.  There are currently around 80 clinical trials running in patients worldwide to assess immunotherapies, or combinations of them used in conjunction with current treatments and half of these are larger phase two or three trials.

What is the main focus of your cancer immunotherapy research into breast cancer?

My team at Southampton are working on new treatments that can specifically flag up secondary breast cancer cells to the body’s own immune system, thereby labelling these cells for destruction.

One of the problems with using antibodies to target cancer cells is that many of the target molecules that are abundant on cancer cells are also present on healthy tissue. This can limit the range of molecules that can be targeted and patients may need monitoring to detect off-target cell killing.  By flagging the cancer cells to the immune system, we are enabling more targeted therapies, such as the use of antibodies, with hopefully more successful outcomes for patients.

What progress do you expect to see in cancer immunotherapy treating breast cancer in the next five years?

We are in a period of rapid scientific development and innovation. I hope to see increasingly selective and potent therapies emerging over the coming years, extending the lives of patients.

You recently joined the University of Southampton from Oxford.  What persuaded you to come here?

The University of Southampton has a world-class reputation in the development of antibody-based cancer therapies. My background in glycoprotein engineering (focusing on investigating the sugars found in proteins) really complements the expertise at Southampton and I felt this would maximise the chances of our work reaching clinical use and benefitting patients. I also rely on advanced mass spectrometry methods (a sensitive technique used to detect, identify and quantitate molecules based on their mass-to-charge ratio) to characterise our molecules and I was delighted to be able to work alongside the proteomics expertise present in Biological Sciences at the University of Southampton.

You are one of our first new recruits for the expanding team for the Centre for Cancer Immunology.  How will the new Centre benefit your research?

The team poised to move into the Centre for Cancer Immunology has an enviable range of expertise in immunotherapy. Our work will hugely benefit from the depth of experience at the Centre and it will give every chance for our initial ideas to mature into viable therapies for patients.

Max Crispin is a Professor of Glycobiology and an Associate Member of the Centre for Cancer Immunology at the University of Southampton.  His research into breast cancer is funded by Against Breast Cancer. 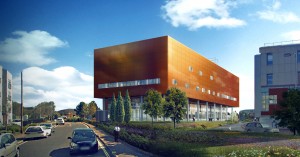