Find out more about melanoma and how cancer immunotherapy is saving more lives from Dr Matthew Wheater.  Dr Wheater has been a Consultant Medical Oncologist at University Hospital Southampton since 2011. He specialises in the treatment of melanoma, germ cell tumours and urological cancers.  He works very closely with Professor Christian Ottensmeier, Professor of Experimental Medicine at the University of Southampton who leads the Experimental Cancer Medicine Centre at the hospital. 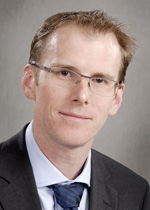 Melanoma is a type of skin cancer. It arises from pigmented cells, i.e. the cells that make us tan. The pigment is black (melanos= black), hence the name. Whereas most skin cancers do not spread, melanoma can spread to any part of the body and that makes it such a fatal disease. The large majority of melanomas are cured by surgery, but patients where this is not an option are in trouble.

How many people are diagnosed with melanoma in the UK annually?

How and why do people get melanoma?

Many melanomas begin with a mole, often in areas of the skin that have previously had sun exposure. Blistering sunburn in childhood is a key risk factor.

What is the normal prognosis for melanoma patients?

What are the traditional treatment options open to melanoma patients?

Remove affected area by surgery, attempt palliative treatment with radiation treatment or chemotherapy. The latter have not proved effective.

What recent breakthroughs have there been in treating melanoma?

The key breakthroughs are in the treatment of melanoma and other solid cancers with immunotherapy.

Immunotherapy is a revolutionary approach to cancer treatment. Through introducing antibodies, it teaches the patient’s immune system to see and then fight the cancer. The remarkable thing is that this can have a durable benefit – once the immune system has woken up, it is perfectly capable of getting rid of the cancer or keeping it under control long-term. It has the potential to offer the patient a lifetime of immunity from that cancer.

What success has there been in the treatment of melanoma with immunotherapy?

Immunotherapy can be hugely successful in patients with advanced melanoma. Ipilimumab, the first agent in a new class of immunotherapy drugs known as checkpoint inhibitors, is able to extend the life of patients with advanced melanoma, on average by about 4 months. A proportion of patients will have extremely durable response with 15-20% of patients treated with this drug still alive 10 years later. A number of newer immunotherapy agents have now been developed and assessed through clinical trials. Nivolumab and pembrolizumab are able to significantly shrink tumours in advanced melanoma in 35-40% of cases. If nivolumab is given in combination with ipilimumab the rate of significant response goes up to 65%. These agents are much newer so there is less information about the longer term benefits but the data so far as extremely encouraging for long term control of advanced disease.

How has Southampton contributed to these breakthroughs?

The University of Southampton together with the Cancer Centre at University Hospital Southampton are highly active in the field of immunotherapy research. There is an extensive laboratory programme investigating more detail about the relationship between the immune system and cancer, why immunotherapy drugs work better for some cancers rather than others, and how immunotherapy can be tailored to individual patients, either through the choice of existing immunotherapy drugs, or the production of bespoke vaccines. 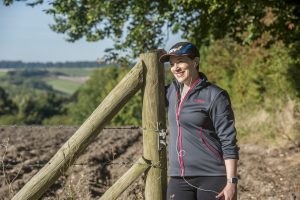