Using chemistry to see the invisible

The Functionalised Magnetic Resonance Beacons for Enhanced Spectroscopy and Imaging project could create significant breakthroughs in medicine and physics. Like detecting and stopping the enzyme that causes cancer to spread to different parts of the body, or finding regions with high acidity to prevent environmental damage before it happens.

Potential for new types of NMR and MRI

Using a phenomenon called hyperpolarisation, where the radio signals of a sample are enhanced by huge factors, could lead to new types of NMR and MRI. Finding a way of just using a magnet and radio waves could avoid the need for operations or the use of damaging high-energy radiation.

This project is specifically about developing chemical agents and techniques involving applying pulses of magnetic fields and so that these bright signals appear, for example in a molecule you would like to detect.

The ability to detect certain types of cancer is just one potential outcome of the project. To do that, the advances being made will be able to detect a particular enzyme. This enzyme allows the cells to cut away from the tissue and float away in the bloodstream and metastasize. Allowing cancer to infect other parts of the body.

We would like to find a way to detect this enzyme as that would enable the possibility of localising the cancer and prevent it from breaking away into other parts of the body. One of the aims of this project is to find a way of imaging the locations when this enzyme is found by using these very bright NMR or MRI signals.

Professor Levitt is confident that by the end of the project they will be providing tools that can detect cancer in ways not possible before.

Advancing MRI signals has developed well for the team. To get to the point they're at now, they've  had to develop a much deeper understanding of some of the phenomena they are trying to exploit.

Some interesting and unexpected issues have come up and they've proved that some of the standard knowledge in the field is not correct. They are now focusing on optimising their hyperpolarised experiments.

It is now over halfway through the six-year, 2.76 million euro project. It's being funded by an advanced grant from the European Research Council, and is the second advanced grant Malcolm has won. 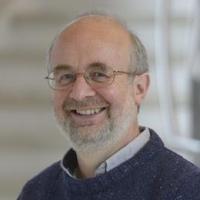 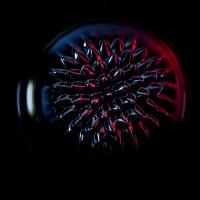 Culture and creativity
Engineering
Marine and maritime
Engineers at Southampton are working with the National Museum of the Royal Navy (NMRN) to help find the best materials to ensure Nelson’s flagship, HMS Victory, is weatherproof and watertight for the next half century.
Read more
21 Nov 2022

Engineering
Environment, sustainability and clean growth
Space
A space research collaboration between the University and Astroscale UK Ltd has made considerable progress towards a safe and sustainable orbital environment.
Read more
Back to top