The Gulf Stream control of the North Atlantic carbon sink

The ocean provides a crucial uptake of carbon from the atmosphere, acting to moderate the rise in atmospheric carbon dioxide (CO2) from human emissions, with a major fraction of the ocean CO2 uptake taking place in the North Atlantic. As the main ocean current in the North Atlantic, the Gulf Stream is known to play a key role in controlling regional and global climate, by redistributing heat between low and high latitudes. However, the role of ocean circulation and, in particular, the Gulf Stream, in controlling the North Atlantic carbon sink is far less certain, which critically hampers our capacity to predict the sink’s future evolution.

In this project, this key knowledge gap will be addressed by investigating the mechanisms that control the impact of the Gulf Stream on CO2 uptake locally, along the stream path, and downstream, in the subpolar North Atlantic. Specifically, you will address the question of how the vertical and lateral mixing of the warm, nutrient-rich, anthropogenic carbon-poor waters of the Gulf Stream regulates the biological and physical uptake of carbon dioxide.

The project is based on the analysis of state-of-the-art physical and biogeochemical data collected with autonomous vehicles along and across the Gulf Stream pathway in the North Atlantic. 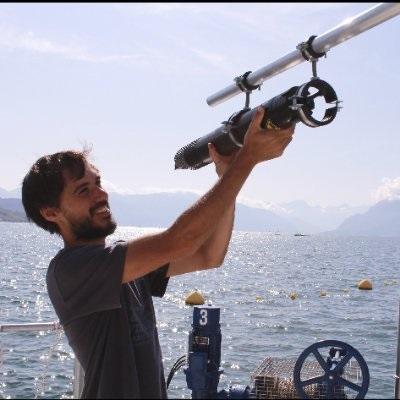 For questions about the project, contact Dr Bieito Fernández Castro.