The evolution of symmetry in echinoderms

Symmetry is a fundamental property of the animal body plans that emerged over half a billion years ago, during the Ediacaran–Cambrian. While a few animal groups display radial symmetry or are asymmetrical, the vast majority are bilaterally symmetrical. However, determining why different types of symmetry evolved is challenging, in part because most phyla are characterized by only a single form. Echinoderms (starfish, sea urchins and their allies) are an exception; all modern species exhibit pentaradial (five-fold) symmetry, but the phylum also possesses an extensive fossil record that includes bilateral, asymmetrical and radial forms [1,2]. The aim of the proposed research is to investigate the evolution of symmetry in echinoderms as an exemplar for understanding the evolutionary significance of symmetry in animals more broadly. This will be achieved by studying the form, function and phylogeny of early fossil echinoderms using cutting-edge methods, including X-ray tomography, computational fluid dynamics and Bayesian inference. Furthermore, the ecology and environments inhabited by early echinoderms will be characterized and analyzed quantitatively using phylogenetic comparative methods. The results will transform our understanding of the evolution of symmetry in echinoderms, with broad implications for animal body plan assembly. 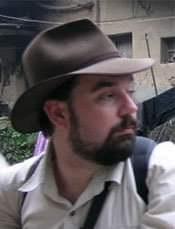 For questions about the project, contact Doctor Imran Rahman: