Campaigning for equality in the film industry

A team from Southampton has influenced UK film industry policy by highlighting the role of women and the obstacles they face.
Culture and creativity

Southampton researchers Dr Shelley Cobb and Dr Natalie Wreyford, together with Professor Linda Ruth Williams from the University of Exeter collected data about the number of women in involved in British film. Their research found that women were vastly under-represented across key production roles during the period looked at. Since sharing these findings, the British Film Institute (BFI) has committed to 50:50 gender targets for all the films they fund.

There is an entrenched system of power in the film industry, in which the people who get power tend to support people who are just like them. There are well-trained, experienced, and talented women filmmakers working now who should be at the top of their careers but they have been left aside by the gatekeepers, tastemakers, and financiers who need to change and learn how to make equality a reality.

The project, 'Calling the Shots: Women and Contemporary Film Culture in the UK’ was a four-year project funded by the Arts and Humanities Research Council. Project partners included the BFI, the media and entertainment union, BECTU, Women in Film and Television UK, and the Shetland Film Festival.

The research team analysed British films made between the years 2000 and 2015. For each film, they recorded the number of women in six key ‘behind the scenes’ roles:

The team found that:

Another important aspect of the project was opening the research findings up to public discussion. Members of the team have:

Shelley hopes the impacts of their research will be even more widespread: “Sharing our data, which is also supported by other findings from organisations such as Directors UK, means that institutions are at least having to respond. So my hope is that in the near future we will start to see a long-overdue shift towards better gender equality in our film industry.” 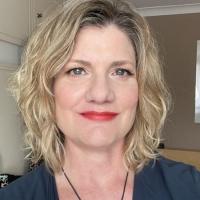 An education programme developed at the University, designed to help primary school children protect themselves from the spread of COVID-19, is now available to young people across the UK.
Read more
22 Sep 2022

Working out if a computer can play jazz

A Southampton researcher was awarded an Alan Turing Institute fellowship to investigate whether AI can replicate the complexities of jazz improvisation.
Read more
Back to top