This research partnership involves a two-year programme of work focused on the ways in which rapidly changing cultures of poultry meat consumption and agricultural systems in particular Low and Middle Income Countries (LMICs) shape antibiotic use/misuse in farming, with implications for tackling the global antimicrobial resistance (AMR) health challenge. AMR, or in lay terms drug-resistant infections, is one of the top five priorities for the World Health Organization (WHO). The 2016 O'Neill report into 'Tackling Drug-Resistant Infections Globally' warns that if the challenge is left unaddressed, deaths resulting from AMR on a global scale are predicted within the next three decades to reach some 10 million per year. AMR in agriculture and food systems is a critical area of concern, with increasing cases reported of strains of bacteria such as E.Coli, Campylobacter and Salmonella developing resistance to particular groups of antibiotics. While antibiotics are a necessary tool to maintain health and welfare on the farm, the problem is their inappropriate and disproportionate use in animals, thereby reducing availability for humans and also catalysing resistance. The first aim of the research partnership is to evaluate the relationships between changing urban diets incorporating increased meat consumption, transforming food systems and the use/misuse of antibiotics in agriculture. It will do so through a focus on the poultry sectors of Kenya and Malawi, in particular the urban contexts of Nairobi and Lilongwe, given the rapid rise of poultry production and consumption in both places and the increased and weakly regulated use of antibiotics in production. Moreover, Kenya and Malawi are a Lower Middle Income Country and a Least Developed Country, respectively, on a continent predicted to see the highest mortality rate from AMR by 2050. The second aim is to generate culturally and geographically sensitive approaches to antibiotic reduction and stewardship initiatives in these contexts, in ways that improve implementation of their governments' AMR National Action Plans. The premise of the research is that policies and targets for the reduction of antibiotic misuse in agriculture, whilst shaped by the WHO and a 'One Health' agenda, are most likely to be effective if their implementation is responsive to the specific pressures, constraints and opportunities experienced by farmers in the context of the particular food systems in which they are embedded, and to the cultural values shaping everyday farming practice. The partnership brings together an interdisciplinary team and wider network of researchers and policy-makers across Kenya, Malawi and the UK. The core team represent the African Population and Health Research Center in Nairobi, the University of Malawi, Newcastle University, Southampton University and UCL. Collaboration in the partnership involves dialogue between the disciplines of Geography, History, Epidemiology, Medicine, Anthropology, Microbiology and Art to understand how cultural values and practices are integral to antibiotic use/misuse in the particular food systems and poultry sectors of Kenya and Malawi. The partnership also involves influential AMR policy institutions on its advisory board, including the UK's Food Standards Agency, the UN's Codex Alimentarius, Malawi's Ministry of Health and the International Livestock Research Institute in Kenya as Project Partners. The model for the partnership involves a programme of interwoven scoping research, involving secondary and primary data collection in Kenya and Malawi, and three intensive workshops in London, Nairobi and Lilongwe. Research will develop understanding of the embeddedness of antibiotic use and AMR awareness in everyday cultures and practices of subsistence and commercial farming. From this research, recommendations will be made to Kenyan and Malawian AMR policy-makers regarding culturally-sensitive and effective approaches to antibiotic stewardship.

Objectives
This research partnership focuses on the ways in which rapidly changing cultures of poultry meat consumption and agricultural systems in particular Low and Middle Income Countries (LMICs) shape antibiotic use/misuse in farming, with implications for tackling the global antimicrobial resistance (AMR) health challenge. It aims to evaluate the relationships between changing urban diets incorporating increased meat consumption, transforming food systems and the use of antibiotics in agriculture. It will do so through a focus on the poultry sectors of Kenya and Malawi, in particular the urban contexts of Nairobi and Lilongwe. In terms of proposed policy interventions and impact, the aim of the partnership is to generate culturally and geographically sensitive approaches to antibiotic stewardship in the diverse poultry farming and supply chain contexts of Nairobi and Lilongwe in ways that support the implementation of Kenya's and Malawi's AMR National Action Plans. This will be achieved through strong partnership with the UK's Food Standards Agency, Codex Alimentarius (the UN's global food standards committee), Malawi's Ministry of Health and the International Livestock Research Institute in Kenya. The specific objectives of the research partnership are: (i) To explore how changing urban cultures of food consumption in Kenya (focused on Nairobi) and Malawi (focused on Lilongwe) over the last 30 years have emerged through a growth in poultry meat production and associated transitions of farming systems; (ii) To map the poultry production and distribution systems of Nairobi and Lilongwe, capturing a diverse range of poultry farming systems, ranging from smallholders to large-scale commercial producers; (iii) To evaluate the ways in which the early phases of Kenya's and Malawi's National Action Plans for AMR (relating to legislation) are influencing antibiotic stewardship and antibiotic reduction targets in poultry farming, and to evaluate challenges associated with implementation, in particular relating to awareness of AMR and behaviour change regarding antibiotic usage in cultural context; (iv) To investigate the patterns and practices of antibiotic use across the diverse set of poultry farms in and around Nairobi and Lilongwe, establishing which antibiotics are used, under what circumstances and pressures, at what scale and intensity and by whom; (v) To co-produce educational materials, including art-based outputs, which are sensitive to the specific cultural and economic contexts of poultry farming and which can support AMR awareness-raising and initiatives of antibiotic stewardship in Nairobi and Lilongwe; (vi) To disseminate research on the contemporary cultures of food systems, poultry farming and their influence on antibiotic use to the stakeholders involved in developing and implementing the National Action Plans for AMR in Kenya and Malawi, as well as to the African Regional Committee of The Codex Alimentarius Commission, enabling future policy directions to respond effectively to the contexts and pressures of particular food systems. 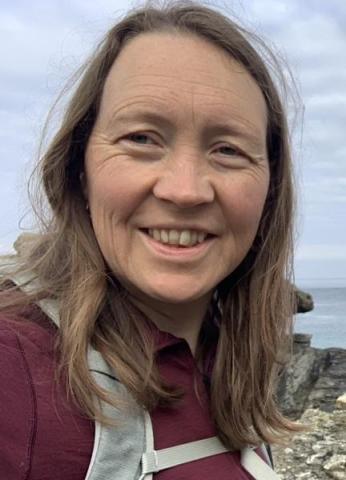