Immunization with amyloid beta-peptide (Abeta) has been proposed as a novel treatment for Alzheimer’s disease (AD). Experimental models and human clinical trials have shown that Abeta accumulation in the brain, a key feature of the disease, can be reversed by immunotherapy. However, the precise mechanism by
which the activated immune system removes Abeta and the consequences this has on the brain are as yet unclear. Furthermore, some patients developed meningoencephalitis, halting the clinical trials. Access to post mortem brain tissue from patients in the first trial of Abeta immunotherapy puts me in a unique position to address important questions. I aim to clarify: (i) the mechanism of plaque removal (ii) whether plaque removal can take place without a severe and unacceptable meningoencephalitis and (iii) the consequences of Abeta removal on other features of AD pathology such as tau pathology, synaptic loss and cerebral amyloid angiopathy. Post-mortem brain tissues from 5 immunized patients are already available with their clinical data. Twenty additional immunized patients have given ante-mortem consent to post-mortem neuropathological examinations and 20 unimmunized AD controls from the Neuropathology archive, Southampton General Hospital, will be used as controls. The specific questions will be addressed using immunohistological techniques with sections of frontal and temporal lobes (usually severely affected in unimmunized AD). The midbrain will also be included in this study as a region relatively unaffected by Abeta pathology to assess whether the cerebral inflammation is localised to the vicinity of plaque-containing areas or whether it is a global event throughout the brain. In addition, within the immunized cases, areas devoid of plaques will be compared with areas containing residual plaques. All immunostaining will be assessed by computerized image analysis and multilabel confocal microscopy when appropriate. This information from the first human trial is important in order to inform the second generation of trials of Abeta immunotherapy in AD which are currently being planned or are already underway. 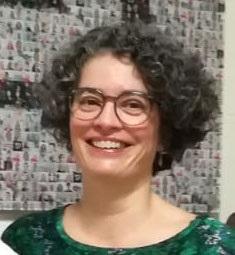