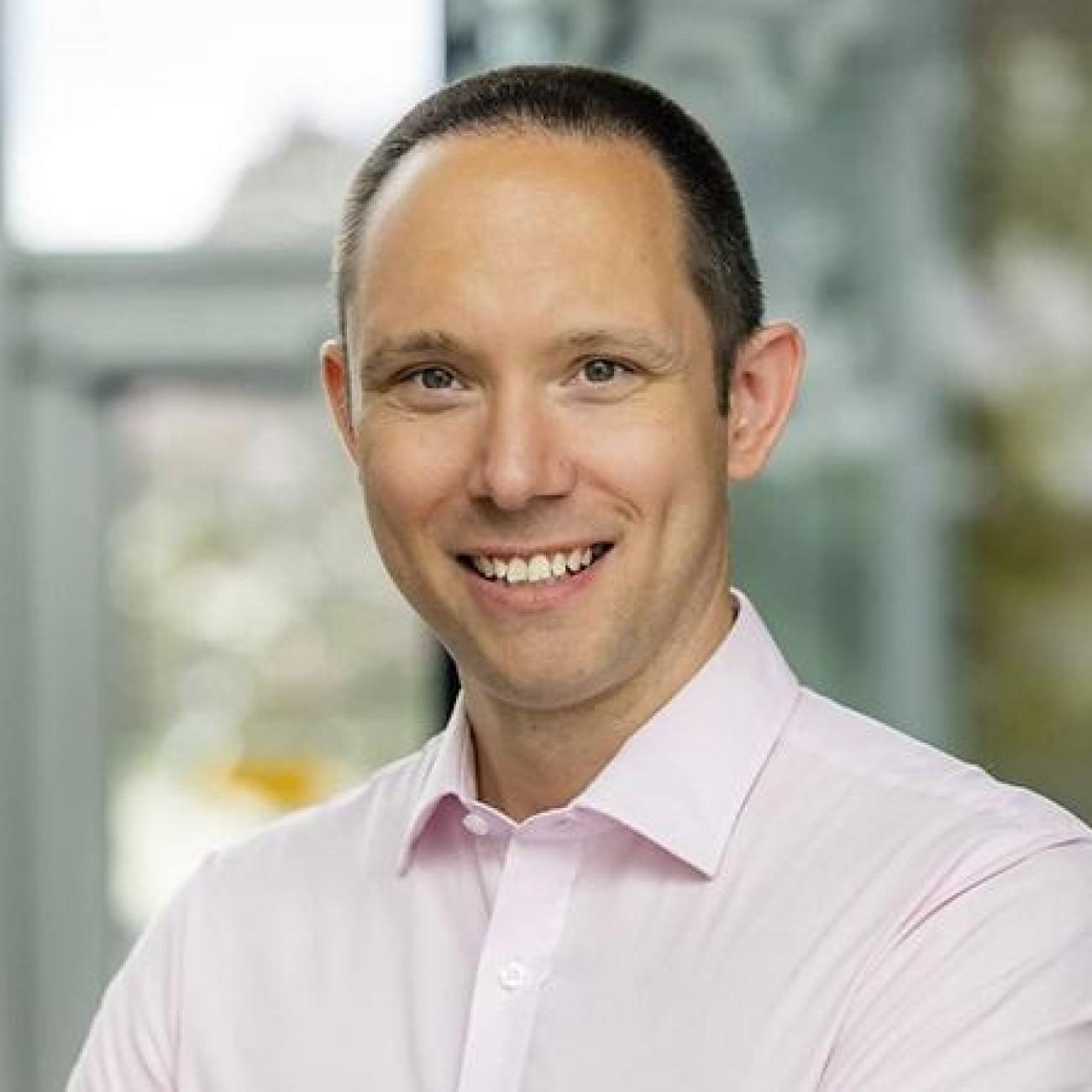 Geoff Merrett is Professor of Electronic and Software Systems at the University of Southampton. He is Head of the Centre for Internet of Things (IoT) and Pervasive Systems, a strategic research centre in the School of Electronics and Computer Science (ECS), and Co-Director of the Arm-ECS Research Centre, an award-winning industrial partnership between ECS and Arm. He received the BEng (1st, Hons) and PhD degrees in Electronic Engineering from Southampton in 2004 and 2009 respectively. He was appointed as a Lecturer shortly after, promoted to Associate Professor in 2014, and Professor in 2019. He is a Senior Member of the IEEE, a Member of IET, and a Fellow of the HEA.

Professor Merrett has served on the EPSRC Strategic Advisory Team (SAT) for the ICT theme since 2019, advising EPSRC on new research areas and strategy. He is a member of the eFutures Steering Group (an EPSRC-funded network representing the UK’s electronic systems academic community), having previously served on its ECR Steering Group, and co-manages the UK’s Energy Harvesting Network (co-organising its annual event from 2011-2016). He is a member of EPSRC College and the UKRI FLF Panel College, and also reviews proposals for Italy’s Ministry of Education, Universities and Research (serving on REPRISE, the Register of Expert Peer-Reviewers for Italian Scientific Evaluation) and the Netherlands Organisation for Scientific Research: Domain Applied and Engineering Sciences. He is an active reviewer for a number of prestigious international journals, and serves on a number of TPCs for international conferences (e.g. Track Chair at DATE2023). He was a founder of the International Workshop on Energy Neutral Sensing Systems (ENSsys, co-located with the ACM SenSys conference), serving as General Chair from 2013-15, and on its steering/organisation committees since 2016. He is Associate Editor for IET Computers and Digital Techniques, a member of the Editorial Board for MDPI Sensors, and previously served as an Associate Editor for IET Circuits, Devices and Systems. He has been guest editor for special issues on IoT and Big Data, Energy-Neutral IoT Devices, Wearable Smart Devices, and Electronics Education. He co-edited the IET book on Many Core Computing: Hardware and Software, containing 22 chapters contributed by leading international researchers.

He currently leads a team of 12 PhD students, having previously graduated 20 PhD students and line-managed 25 research staff and 29 interns. The quality of his PhD students has been externally recognised, for example winning the University's 3 Minute Thesis competition in 2015, receiving Silver at SET for Britain 2015, receiving the Gold Medal at Malaysia's Innovation Technology Expo 2016-17, and winning the Best of Faculty award at the University's Festival of Doctoral Research 2019. He has been external examiner for 16 PhD theses, including students at Imperial College London, ETH Zurich, TU Delft, Bologna, Newcastle, and York.

Professor Merrett's research interests are in energy management of mobile/embedded systems and self-powered devices. He has published over 200 papers in these areas, with 3500 citations, an h-index of 30 and a g-index of 52*1. His papers have received Best Paper awards (IJCAI 2013, ICCES 2017, PECCS 2018) and were Best Paper finalists (DATE 2011/15/16, CODES-ISSS 2017, IEEE TCAD). He has given invited talks at leading workshops, conferences and research groups (e.g. DAC, DATE, Arm Research Summit, ETH Zurich). He is currently Deputy Director of a £1.4M EPSRC Platform Grant on Smart Cities (EP/P010164/1), and Southampton PI on the £1.2M EPSRC International Centre for Spatial Computational Learning (EP/S030069/1). He was previously a Theme Leader on the £5.6M EPSRC-funded PRiME Programme Grant (EP/K034448/1), Southampton PI on the £1.3M EPSRC ‘Graceful’ many-core computing project (EP/L000563/1), and a Co-I on both the EPSRC Holistic Energy Harvesting project (EP/G067740/1) and the EPSRC Energy Harvesting Network (EP/H013458/1).

At Southampton, Geoff leads and teaches on a number of well-received lecture, lab, and project based modules. In 2021, he was shortlisted for a Southampton University Student's Union award for Most Engaging Lecturer. He has a Postgraduate Certificate in Academic Practice, has supervised 132 UG/PGT project students, and continually seeks to improve his teaching. He led on the creation of a new MSc Internet of Things (IoT) degree programme at Southampton, uniquely designed to recruit students from both EEE and computing backgrounds. He has designed substantial educational material and delivered it to UG/PGT students, college teachers and students, and academic/industrial researchers. Internationally, he played a key role in the launch of the EEE degree at the University’s Malaysia campus, teaching there for two weeks every year from 2013-17.

Having previously served as Senior Admissions Tutor for ECS' EEE degree programmes, Professor Merrett is currently Director of Outreach and Recruitment in the Department. In this role, he has overseen major projects for ECS’ public website, created ECS’ first outreach strategy, and led on a number of significant outreach projects (e.g. the ECS Summer Taster Courses, which were nominated for a VC Teaching Award in 2017, and the A-Level Electronic Engineering Teaching Kits, which received a VC Teaching Award in 2019).

Professor Merrett is External Examiner at the University of York for their MSc Embedded Wireless Systems and MSc Digital Systems Engineering degree programmes. He was General Chair of the 11th European Workshop on Microelectronics Education (EWME) in 2016, where he also published a paper on the use of innovative online lectures (for which he received funding from the National HESTEM Programme, and a VC Teaching Award in 2011). He now serves on the Workshop’s Steering Committee. He has been Branch Counsellor of the University’s IEEE Student Branch since 2010, and received the IEEE R8 ‘Outstanding Counsellor’ award in 2013. He has been Southampton’s academic representative for the UK Electronics Skills Foundation (UKESF) since 2011, a collaboration between industry and universities which, alongside promoting a career in electronics, provides scholarships, summer employment and industrial mentoring to undergraduates. In 2016 he was invited to join the UKESF’s Strategic Advisory Group, and helped to guide activities, took part in a roundtable discussion with government ministers on the engineering skills gap, and presented at their 5-year celebration event and the TechWorks Industry Summit 2018.