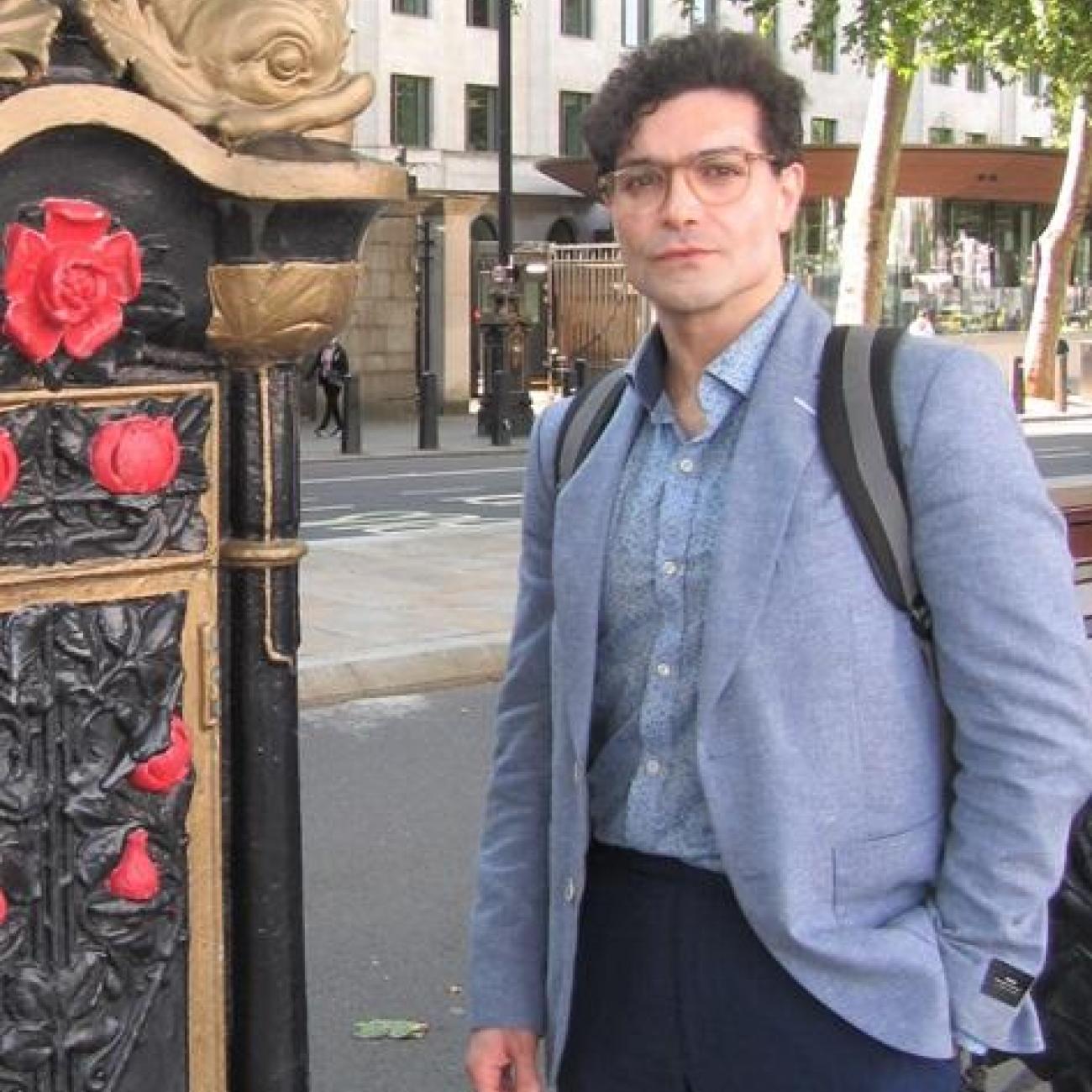 Dr Alireza Fakhrkonandeh is an Assistant Professor in Modern and Contemporary Drama and Critical Theory at the University of Southampton.

Whilst Alireza is widely known as a Barker scholar, he, as is evidently reflected by his publications, more broadly specializes in modern and contemporary Anglo-American drama, World Literature (with a particular focus on Persian, Arab and African literatures), literary theory and philosophy of literature. Alireza is primarily interested in World Literature(s) and World Drama(s) with a specific focus on the works which are mainly concerned with the questions of the ethical, aesthetic and ontological facets of environment, ecology, and energy resources. Alireza’s research and teaching span all periods of Anglo-American literature, with a focus on twentieth and twenty-first century narratives about fossil energy extraction. His interests include the immigrant and ethnic literatures, proletarian fiction, disaster and environmental writing, critical race theory, and the relationship between affect, toxicity, and literary form.

Concerning the areas of literature, Alireza is primarily interested in the entanglements between theory and literature (with a specific focus on the intersections between postcolonial, decolonial and world literatures, the philosophy of mind-body relationship, and the philosophy of the event). These three broad categories include some specific trends such as Energy and Environmental Humanities, ecocriticism, Affect Studies, and Trauma Studies in relation particularly to drama and fiction. Alireza has also dedicated a significant portion of his research to the exploration of the literary representations, critical history, and psychoanalytical treatments of mental health, therapy culture, and various psychopathologies (including schizophrenia, melancholia and other psychosomatic issues). Among the other focal points of his research have been the ontology, ethics and aesthetics of the “evental” in the context of such ideas and paradigms as the Decolonial, Capitalocene, Anthropocene, and Disaster Capitalism, along with the use of literature as either a representational or interventionist space for tackling them.

Most recently, Alireza was awarded a British Academy Award (10000 £) for his research project entitled Oil-Water Complex (2022).

Recently (2021), Alireza was granted a SIAH award for his Cultures, Ecologies, Economies of Oil project based on which he ran four series of cross-disciplinary talks revolving around the questions of oil cultures, oil literatures, energy humanities, alternative energy forms, and energy futures. The talk series featured eminent scholars working in the fields of environmental history, Energy Humanities, Postcolonial Studies, Ecocriticism, and political economy. For a detailed account of the talks click on the link below:

Alireza is currently engaged in the completion of his two-volume book on Oil and World Dramas (under contract with Routledge). The first volume, entitled: Oil and World Dramas: From Petro-Mania to Petro-Melancholia, A World-Systemic Analysis of Oil Cultures and Literatures in the UK, USA, and Europe (under contract with Routledge) is due to be published in 2022.  This is a pioneering, two-volume, book in the emerging field of Oil literatures and cultures, and the more established field of World Literatures. This book is not only the first full-fledged book on oil and modern and contemporary drama, but also the first book on oil and world dramas. This book takes as its sweeping scope the entirety of dramatic literature concerned with oil produced in the frontiers of oil production or oil-owning countries. These prominently include: America, Iran, the Arab world, Africa, England, and Scotland. This task is pursued over the course of two volumes where the first volume is dedicated to representations and perceptions of oil in the Anglo-American, Scottish and European world; and the second volume to Iran, Africa and the Arab world.

Alireza would welcome inquiries from graduate students regarding the supervision of MA and PhD theses that concern any of the fields and areas delineated above in conjunction with diverse aspects of modern and contemporary drama and culture, ranging from modern/postmodern tragedy, post-dramatic theatre, to relationship between image and the text, critical representations of the history of medicine and mental-physical illnesses in contemporary dramatic literature.