Improving the lives of older people in Kenya

Our research into ageing and the wellbeing of older people in Kenya has influenced benefit systems within Kenya and across sub-Saharan Africa more widely.
Future societies and communities Health and wellbeing

The Centre for Research on Ageing has undertaken 15 years of research into the ageing and wellbeing of older people living in the slum settlements of Kenya. This longitudinal programme of work has influenced policy debate and practice around mean-tested cash benefit systems within Kenya and across sub-Saharan Africa more widely.

The first major study of older people living in urban informal settlements in sub-Saharan Africa was undertaken with the Africa Population and Health Research Centre (APHRC) in Nairobi, with Professor Jane Falkingham as the UK-based principle investigator.

The Wellcome Trust-funded ‘Urbanisation, Poverty and Health Research’ project (2004-2009) sought to understand the determinants of health and health-seeking behaviour, migration dynamics, patterns of care and support in later life and the effects of issues such as HIV and AIDS.

The project highlighted the need to target resources towards the most vulnerable, and enabled the piloting and subsequent roll-out of the Kenyan Older Persons Cash Transfer (OPCT) programme, which provides a means-tested cash benefit to the most vulnerable older people.

10 years later, Dr Gloria Langat led a quantitative analysis of the benefits of the OPCT, in a project funded by a strategic partnership between the Economic and Social Research Council (ESRC) and the Department for International Development (DFID).

The original Wellcome project also pointed to a minority of older people living in slums with (relatively) positive wellbeing outcomes. To understand better the factors contributing to this 'resilience', in 2013 Professors Maria Evandrou, Langat and Falkingham secured an ESRC-DFID grant to study longitudinal data captured after the original project.

The team examined how older people cope with stresses and shock, such as ill health and bereavement, and how some are able to emerge with better outcomes and overall wellbeing relative to other older people living in the same context.

Improving the targeting and delivery of means-tested cash transfers

The findings fed not only into the ongoing reform of the targeting methodology for the OPCT, but also highlighted issues affecting all the programmes running under the National Safety Net programme – known as Inua Jamii.

Together, Inua Jamii covers 1.3 million households with an annual budget of around £250 million, and provides cash benefits for people with severe disabilities, orphans and other vulnerable children. It also administrates the DFID-supported Hunger Safety Net Programme.

Influencing the introduction of a universal social pension in Kenya

Southampton’s analysis of the OPCT included an investigation of the wider benefits of the programme for other age groups. This provided the empirical evidence supporting the 2018 roll-out of a supplemental benefit for all people aged 70 or over, under the name Inua Jamii 70+.

Over 2016-2017, the Southampton team benefited from an award from the University’s ESRC Impact Acceleration Account to facilitate their work with colleagues in the World Economic Forum Global Agenda Council on Ageing, and to strengthen their policy networks.

Subsequently, their research fed into the 2017 Protocol to the African Charter on Human and Peoples’ Rights on the Rights of Older Persons in Africa. It has also informed ongoing revisions to the African Union Policy Framework and Plan of Action on Ageing, co-ordinated by the African Union Social Development Office in Ethiopia. 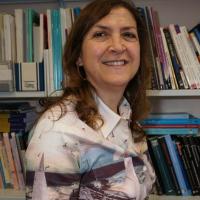 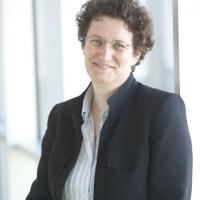 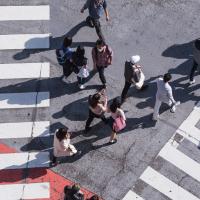 We examine the impact of population change on people, communities and government.

Understanding our relationship with money

A research project led by Southampton is revealing how finance has been imagined and represented by art and other forms of visual culture over the last three centuries.
Read more
14 Nov 2022