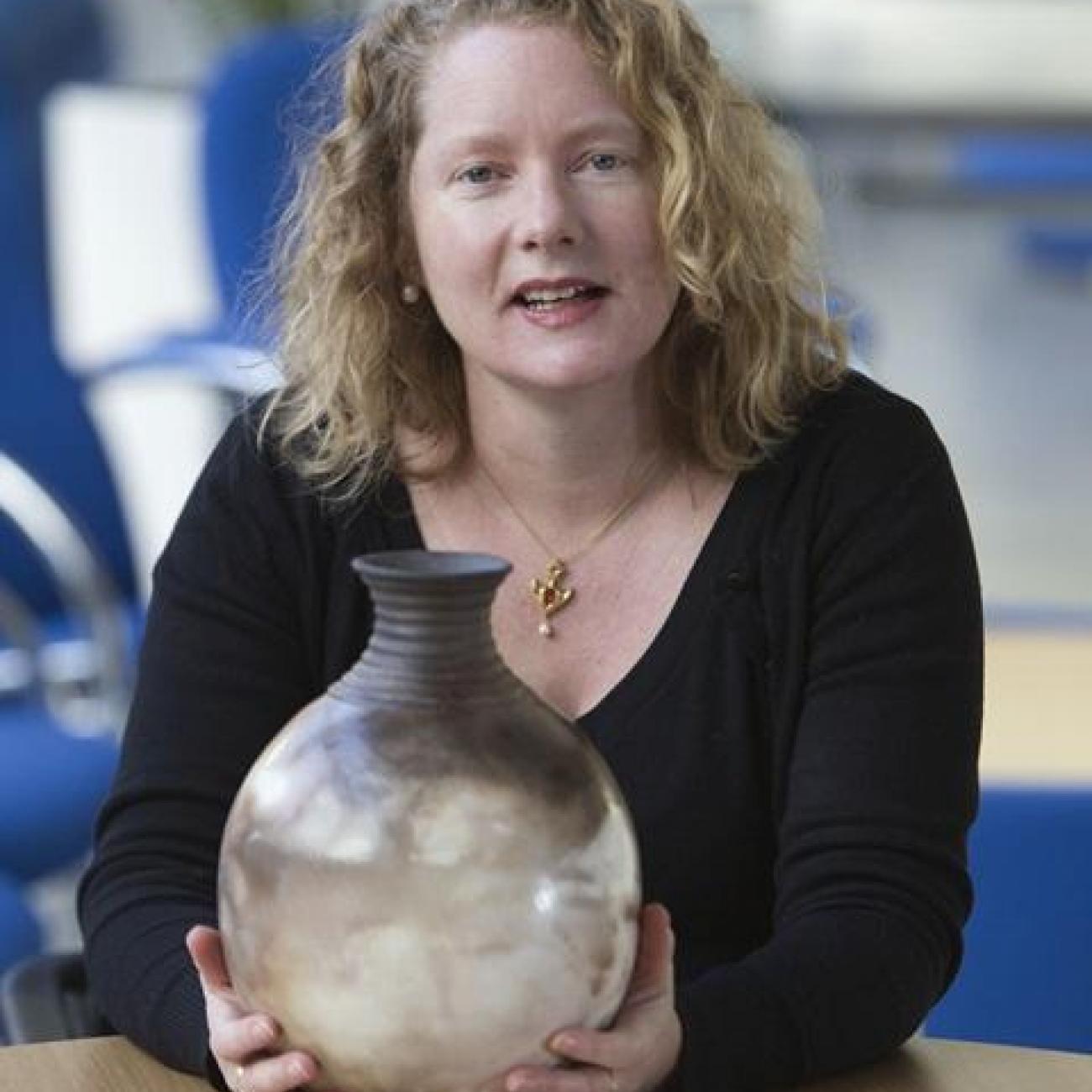 Alison L. Gascoigne holds an Associate Professorship in Archaeology at the University of Southampton, having gained her PhD at the University of Cambridge. Her research interests lie mainly in Egypt, with particular focus on the archaeology of urbanism from late antiquity to the late medieval period. She has co-directed a programme of fieldwork at the important site of Tell Tinnis in Lake Manzala, published as The Island City of Tinnis: A Postmortem by the Institut français d’archéologie orientale du Caire in 2020. She has an additional specialism in the study of archaeological ceramics. She has also published on the archaeology of Old Cairo/Fustat, Hisn al-Bab (Aswan), and the North Kharga Oasis in Egypt, as well as the sites of Jam and the Bala Hissar, Kabul, in Afghanistan.

Following the publication of The Island City of Tinnis in 2020, Alison has returned her attention to Old Cairo/Fustat. She is currently co-authoring (with Peter Sheehan) a substantial jounral article on the changing industrial landscapes of the city throughout the medieval period. Planned future projects include a monographic synthesis of the archaeology of Egypt from late antiquity to Ottoman times, to be published with CUP.

Alison teaches in the areas of histocial/medieval archaeology and archaeological fieldwork. At Year 1, she teaches introductory modules to classical and medieval archaeology, and to archaeological methods. She is committed to interdisciplinary approaches to teaching. At Year 2, she runs popular interdisciplinary modules on the Viking world and on the medieval Middle East, in addition to a module on the nature of modern professional archaeology in the UK. She supervises undergraduate and Masters-level dissertations on a range of topics.

Alison Gascoigne studied Archaeology with a particular focus on Egypt at the University of Cambridge, graduating in 1995. Following a few years working in aspects of commercial and research archaeology in the UK and Egypt, she returned to Cambridge to study for her PhD on changing patterns of urbanism following the Arab-Muslim conquests of Egypt. This research involved fieldwork at several sites in Egypt, and was completed in 2002. Following the completion of her PhD, Alison held a one-year British Academy Reckitt Travelling Fellowship in Archaeology, followed by a three-year Postdoctoral Research Fellowship.

Between 1999 and 2003, Alison worked as archaeological ceramicist on the Old Cairo Groundwater Lowering Project (Contract 102), directed by Peter Sheehan under the auspices of the American Research Center in Egypt. She undertook as similar role between 2003 and 2006 for the North Kharga Oasis Survey project, directed by Salima Ikram and Corinna Rossi. Moving eastwards, she worked on ceramics from the sites of Jam (2005) and the Bala Hissar in Kabul (2007), publishing the first modern scientific study of Afghan archaeological ceramics, and the first archaeological study of late medieval/early modern Afghan ceramics. She also undertook research on modern Afghan ceramic tile production in 2006 for the Turquoise Mountain Foundation.

In 2007, Alison took up a lectureship at the University of Southampton's Department of Archaeology. This enabled a return to the site of Tell Tinnis in Egypt, first visited during her PhD, where she co-directed (with John P. Cooper) a multi-year collaborative and interdisciplinary survey project, culminating in the publication in 2020 of a major volume, The Island City of Tinnis: A Postmortem, with the Instsitut français d'archéologie orientale du Caire. It was at this time that she undertook fieldwork in the region of Aswan, Cairo, collaborating with Pamela Rose in the early stages of the survey of the fort of Hisn al-Bab, and working on ceramics from the Swiss-Egyptian Syene Project.

Promoted to Associate Professor in 2016, Alison has held numberous positions of responsibility with the University of Southampton, including Archaeology's Director of Programmes, Ethics representative and Exams Officer. She is currently Early Career Researcher Champion for the Faculty of Arts and Humanities.