A Southampton and King’s College London partnership is studying the impact of deprivation in early childhood. The work could change policy and practice to improve the way young people recover.

Southampton psychopathologist, Dr Jana Kreppner, is part of the English and Romanian Adoptees (ERA) collaboration with King’s. The long-term study has followed a group of Romanian children into early adulthood after experiencing profound early-institutional hardship.

It’s the first study of its kind. It reports that time-limited periods of early institutional deprivation can have profound effects on development and mental health persisting into young adulthood, despite the positive influence of caring and supportive adoptive families.

Results show that children in care for over 6 months had higher rates of social, emotional and cognitive problems in early adulthood. They were also more likely to have lower education and employment rates compared to infant adoptees from the UK.

This research could be used to improve the way professionals work with adoptees and people who have undergone childhood trauma. For example exploring how to better support children with experience in the care system.

165 children adopted to UK families from Romanian institutions after the fall of the communist regime in 1989 were studied.

The children were placed with stable, caring families.

They were aged between 2 weeks old and 3 and a half years, and were assessed from childhood to adolescence. Their physical, social, emotional, and cognitive development was evaluated.

They had either spent less or more than 6 months in an institution and were compared with 52 infant adoptees from the UK.

The study interviewed the parents and children and followed each adoptee’s progress until they were between 22 and 25 years old.

Under half of the adoptees experiencing neglect after 6 months of age suffered with at least one mental health problem in their young adult life.

They included difficulties in:

They were also more likely to report symptoms of depression and anxiety. Over 40 per cent of this group had contact with mental health services.

An important finding revealed that 1 in 5 of the children experiencing prolonged deprivation seemed to be unaffected.

Of the study, Jana says:

"Mental health service providers must carefully consider the needs of individuals with histories of early deprivation. Careful planning is needed during the transition from child to adult mental health care to make sure these young adults can continue to access the specialist services they need."

The team now aims to understand why such lasting effects were observed for many and why others showed remarkable resilience.

Their next focus is to identify the social and biological factors that could help explain resilience as well as persistence of difficulties. 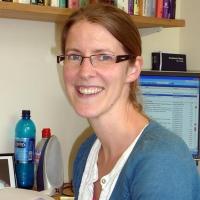 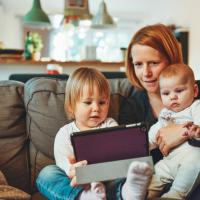 Centre for Innovation in Mental Health

We combine our expertise in child development, psychological interventions and affective neuroscience to deliver cutting edge research that has the potential to transform people’s lives.

Education researchers at Southampton are listening to the views of youngsters with autism to help them settle into new schools.
Read more
Image
31 Jul 2022

Our researchers are supporting the clinical development of anti-cancer monoclonal antibody treatments, to make treating certain cancers more effective than ever before.
Read more
Image
31 Jul 2022

Preventing the transmission of non-communicable disease risk between generations

Research from the Developmental Origins of Health and Disease Centre demonstrates how the diet and lifestyle choices of prospective parents and pregnant mothers can affect the long-term health of their children.
Read more
Back to top