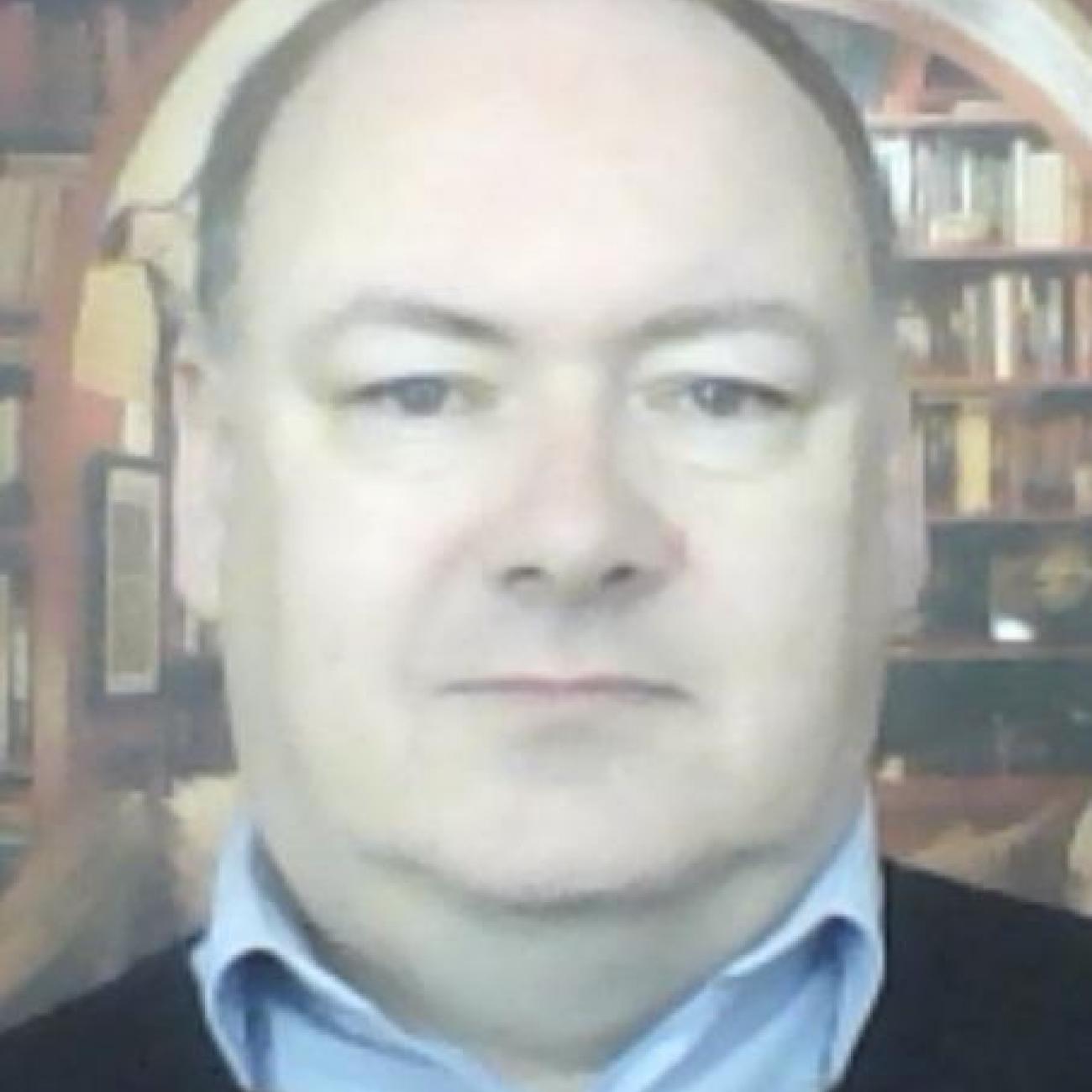 Professor Frank McGroarty is Professor of Computational Finance & FinTech and Director of the Centre for Digital Finance within Southampton Business School at the University of Southampton.

Frank’s research to date has been on the empirical market microstructure of electronic financial markets. The markets Frank has analysed include the foreign exchange, financial futures and online sports betting markets. He has a very keen interest in computational finance and am a member of the Society for Computational Economics. He is a member of the University of Southampton's cross-disciplinary Computational Modelling Group. Frank is also on the editorial board of Research in International Business and Finance.

Frank teaches at postgraduate level and is currently Module Leader for Advanced Corporate Finance and delivers sessions on the MBA programme (Cryptocurrencies and Blockchain).

Frank is interested in hearing from aspiring PhD students who would like to pursue a thesis in one of these areas. Frank is also involved in the university's Institute for Complex Systems Simulation Doctoral Training Centre and would like to hear from students interested in Complex Systems with a Financial Markets slant. In addition, Frank is interested in consulting and collaborative research with practitioners in his specialist areas and in having sponsorship for PhD student research on topics of interest to practitioners.

Frank received BA and MA degrees in Economics from University College Dublin, after which he embarked on a very successful 13-year career in investment management in the City of London. Frank worked for Barclays Global Investors, Meinl Capital Markets, State Street and UBS. His former roles include Economist, Fund Manager, Investment Strategist and Head of Research. At Barclays, Frank pioneered the use of quantitative techniques to build equity portfolios which substantially outperformed market index benchmarks. When he was with UBS, his team moved from number 4 to number 1 in the analysts' rankings. At State Street, Frank played a major role in the development of the bank's multi-award-winning internet portal and electronic trading platform, "globallink" and in building the foundation for State Street Global Markets. As a co-founder of Meinl Capital Markets, he led a team of investment analysts in the design and implementation of proprietary third-party-fund valuation models and algorithm based trading systems. During his time in the City, Frank was responsible for equity funds, currency funds and funds-of-funds worth several billion pounds. The funds, Frank managed delivered above-benchmark, positive returns in every year. To put that another way, Frank never underperformed my benchmark in any year and never delivered a negative return for any client, even when the benchmark market index return was negative. Frank investment strategies all combined a quantitative approach with a deep understanding of the prevailing economics.

By late 1999, approaching the peak of the dot-com bubble, Frank found that he could no longer make sense of price behaviour in the financial markets. So he decided to investigate how asset prices formed by way of a part-time PhD degree. Researching his PhD thesis, "Determinants of Prices and Spreads in Global Currency and Money Markets" (University of Southampton, 2003), convinced Frank that the primary driver of global asset prices was an unsustainable bubble in global credit. Study and reflection led Frank to conclude that the prevailing consensus of neoclassical perma-equilibrium economics, and in particular, the ubiquitous dogma of efficient markets, had stopped the investment industry asking serious questions about valuation and about fundamental relationships. At the same time, Frank felt that the industry's emphasis had shifted away from investment analysis and towards sales. For these reasons, he decided to step back from the investment management industry and devote his time to the academic study of how prices evolve in financial markets. In 2003, Frank joined the University of Southampton.

Throughout his career, Frank has sought to bridge the gap between academia and practice. In his view, both perspectives are necessary to understand finance. As an investment practitioner, Frank developed investment strategies from published academic research. Frank also managed sponsorship of academic research into finance related topics on behalf of investment management firms and investment banks. Based on his own research, Frank published a number of articles in the financial press and authored numerous specialist broker reports. He was also a frequent speaker at investment industry conferences. In addition, Frank served on pan-industry boards and working committees including the Global Association of Risk Professionals (GARP), the INstitute for QUantitative Investment REsearch (INQUIRE) and the Investment Management Association (IMA). In the latter organisation, he instigated an industry-wide 'e-finance' working committee to study the implications of the internet for the UK's fund management industry. Frank’s practitioner experience has proved very helpful in his teaching. However, it is in Frank’s academic research that he has found his practitioner experience to be most valuable, as he believes the essential role of the academic researcher is to objectively critique investment/financial practice, cutting through its marketing spin, self-serving fluff, folk wisdom and misguided practices to reveal the true underlying fundamental drivers and dynamics of financial markets.

Frank’s research to date has been on the empirical market microstructure of electronic financial markets. The markets Frank has analysed include the foreign exchange, financial futures and online sports betting markets. He has a very keen interest in computational finance and am a member of the Society for Computational Economics. He is a member of the University of Southampton's cross-disciplinary Computational Modelling Group. Frank is also on the editorial board of Research in International Business and Finance.