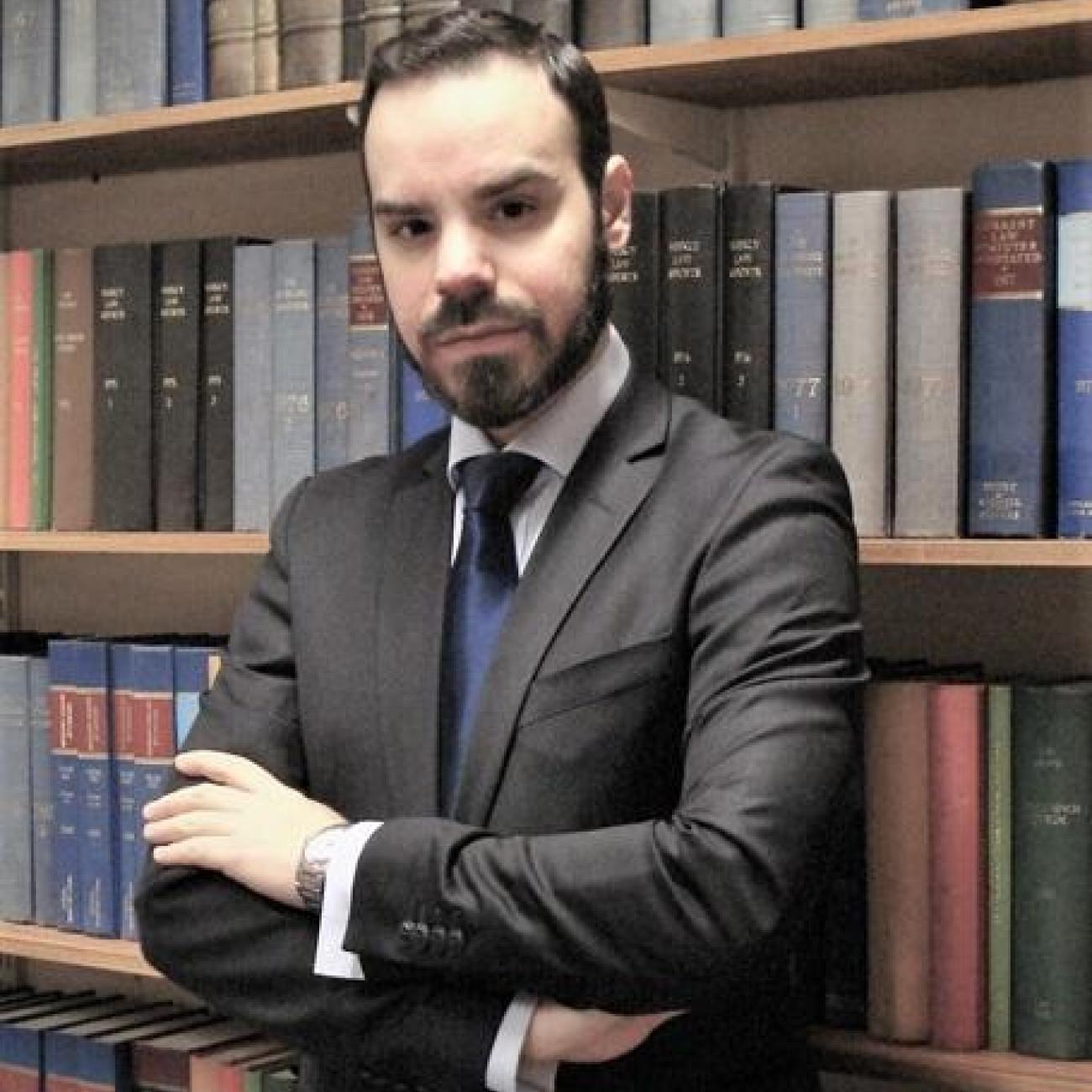 Dr Alexandros X.M. Ntovas is an Associate Professor of Maritime Law, based in Southampton Law School at the University of Southampton.

He is currently the Director of the Institute of Maritime Law (February 2020-2023).

His primary research interests cover an extensive part of the shipping spectrum in international, European Union, and national legislation (especially in the United Kingdom and Greece) with a view to assessing its adoption, implementation and enforcement in a wide range of substantive fields, wherein based on the precepts of the market economy and promotion of public interest alike, the uniformity and consistency of maritime law can be improved and progressively developed across domestic jurisdictions.

His research is particularly informed by recent and ongoing key developments, as well as traditional and newly surfaced challenges that have reshaped the legal landscape of maritime law, or soon they will do so. He is currently researching, among other topics, on matters concerning:

Dr Ntovas welcomes enquiries and proposals for supervision from potential graduate applicants interested in pursuing doctoral studies in any of the fields of his expertise, and related interdisciplinary areas, as set out above.

Dr Ntovas is a Fellow of the British Higher Education Academy and derives extensive experience in teaching at both undergraduate and postgraduate level in higher education from universities within the United Kingdom and abroad through previous visiting arrangements and/or by formal invitations, in addition to discharging duties of external examiner. As part of his administrative and management duties, he has in the past served in the roles of the LL.M. programme director, as well as that of academic co-ordinator for offsite intensively delivered taught courses, and has developed a number of new modules in the areas of his expertise. Moreover, he conducts frequently training seminars and participates in devising and offering executive professional courses for practitioners, government cadres and members of the judiciary, naval academies, policy institutional establishments and international organisations. He is currently engaged in co-leading and/or teaching the following modules:

Dr Ntovas first joined the University of Southampton in 2007 as a doctoral scholarship recipient to pursue his PhD, receiving immediately after its completion a full-time law lectureship in the Law School, where he was also a Governing Board Member of the Institute of Maritime Law. In 2016 he moved to the University of London, at Queen Mary’s Centre for Commercial Law Studies and the King’s College London, Dickson Poon School of Law, where he extensively lectured, developed new programmes, researched and provided consultancy in the areas of shipping, offshore energy and natural resources, law of the sea and ocean governance. In 2019 he rejoined the University of Southampton Law School as Associate Professor of Maritime Law, at the level of Readership, and the Director of the Institute of Maritime Law (2020–2023).

He belongs to the new generation of international maritime lawyers, who are competent to perceive, appreciate and undertake the challenging task of addressing a ship as one single economic, social, commercial and – at times when the flag State extents diplomatic protection to her in international proceedings – sovereign entity. He has practiced in the areas of public and administrative law, and acted on numerous occasions as an invited expert advocate and policy advisor to governments, including the European Union, the public sector and the shipping industry. Maritime labour law, cyber-security of ships and ports, freedom of navigation, piracy and transnational organised crime, decommission of platforms and ship-recycling, contemporary naval warfare and the future regulation of unmanned maritime systems and vessels, reflect some of the professional areas that he has been involved in at various stages. His substantive expertise within the Institute of Maritime Law lies in shipping regulation, admiralty – with a focus on wet shipping aspects, navigational freedoms and practice, marine environmental law, as well as in all issues regarding contemporary safety and security of ships, ports and offshore installations.

His background amalgamates the broader legal disciplines of international and European Union law, at both public and private level, with political analysis and international relations, as these find a common expression in the context of maritime law, naval practices, the law of the sea and oceanic policy. He moreover enjoys a strong academic background in public international law, particularly in the law of treaties and international dispute settlement, while his further interests cover also the niche areas of legal historiography and reasoning within an interdisciplinary perspective. He publishes internationally on the above matters, as well as speaking in high-profile international fora and conferences.