Our research into cancer is saving lives. Our scientists are making major progress in both the lab and the clinic, and thanks to our Centre for Cancer Immunology, this success is expected to continue.
Health and wellbeing

In the UK, someone is diagnosed with cancer every two minutes, and some types remain harder to tackle than others. Our researchers are working to understand why some cancers are resistant to treatment, and developing novel approaches to overcome this challenge.

Professor Mark Cragg has been exploring different ways of using antibodies - a key part of the body's own immune system - to track down and treat cancer in the same way they already do for bacteria and viruses.

In particular, Mark and his colleagues are trying to understand why some patients respond well to immunotherapy and move towards long-term survival, while others either don't respond, or do at first before becoming resistant.

During immunotherapy, antibodies will bind a tumour cell to a macrophage - white blood cells which digest harmful cells - causing the macrophage to 'eat' the cancer cell. However, when tumours grow, they attract and change the behaviour of normal cells surrounding them, to form what is called a tumour microenvironment.

Sometimes a tumour alters macrophage cells so that the antibodies can't activate them, which protects it from the body's immune system. The degree to which this can happen varies in each person, which explains why some people respond better to treatment than others.

Mark's research is working to reverse the tumour cell's defence against macrophages, by reactivating them so they can continue to fight it.

"For us, the next step is developing a deeper understanding how cancer cells manipulate the immune system to avoid destruction, and then designing ways of stopping them."

There is another type of cell that can also cause resistance to cancer treatment: fibroblasts. Gareth Thomas, a professor of experimental pathology who specialises in head and neck cancers, has been focusing on these cancer-associated fibroblasts (CAF).

In a healthy body, fibroblasts provide the scaffolding for normal tissues, but they can be hijacked by cancer cells to become CAF. In a recent paper published by Gareth and his team, they uncovered that cancers which contain lots of CAF behave very aggressively, and that the most hard-to-treat cancers contain lots of these cells.

Gareth's team have been trying to understand how CAF hide cancers from the immune system. Working with groups in engineering allows them to look at this more closely, using imaging technology to map the structure of patients' cancers.

Their aim is to find ways of targeting CAF, such as by tackling an enzyme called NOX4 which seems to be important in activating CAF in most cancer types. Early experiments show that an existing drug, which is already used to treat organ fibrosis, may hold the key to improving response to immunotherapy by blocking NOX4.

"As we understand more about tumour biology, the way we classify and treat cancers will change, and therapy will become much more personalised to the individual patient, rather than being based on cancer type," says Gareth.

The reasons we think CAF cause tumours to behave aggressively is because these cells promote the spread of cancer around the body... We also find that tumours which have lots of CAF are immune cold... so we think CAF shield tumours from the patient's immune system, which is a problem if you want to treat them with immunotherapy. Eliminating CAF from patients' cancers may therefore improve treatment response.

Mark, Gareth and many other researchers are working together with clinicians, scientists and surgeons, both in Southampton and around the world, to solve these problems. This collaboration of expertise ensures that teams can fight cancer more effectively, working to make treatment resistant cancers a thing of the past.

Our Centre for Cancer Immunology is the first in the UK to bring these specialists together under one roof to focus uniquely on this kind of research.

Centre for Cancer Immunology: one year on

One year on from the opening of the Centre for Cancer Immunology, we find out about the amazing impact it's already having. 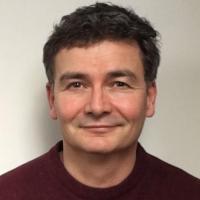 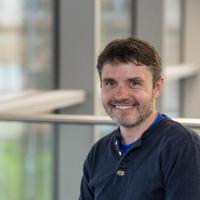 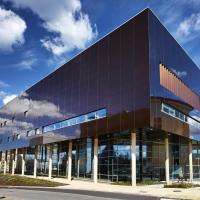 The Centre for Cancer Immunology's interdisciplinary research helps scientists and medics to collaborate worldwide. By bringing people together and sharing our expertise, we're working faster than ever before towards a cure for cancer. 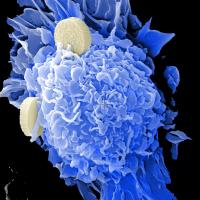 Our research works towards improving treatment for patients with cancer.

Health and wellbeing
Research led by Professor Nullin Divecha and his laboratory team has identified a way to boost the power of the human immune system to find and destroy cancer cells within the body.
Read more
Back to top