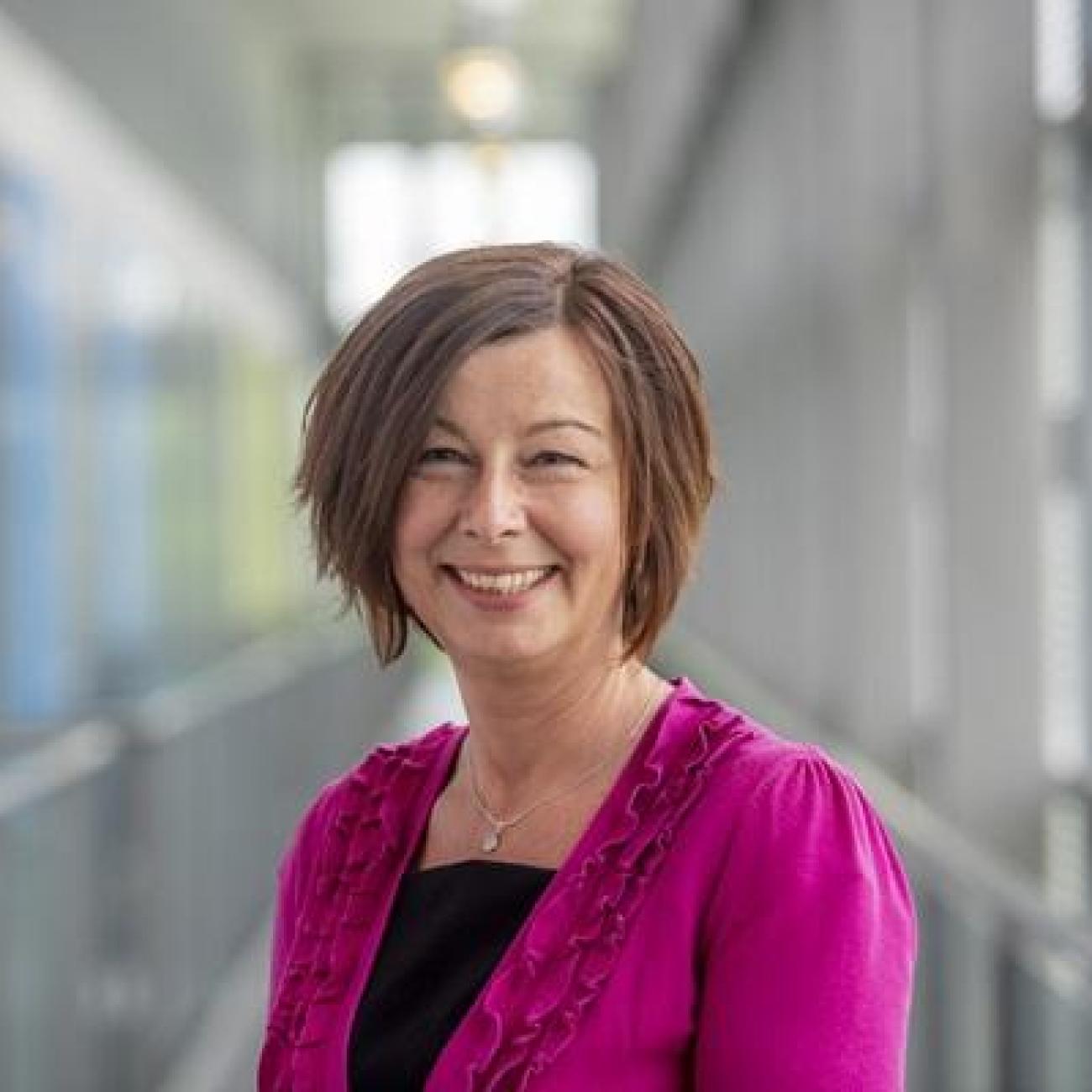 Catherine Bowen is Professor in Podiatry and Head of the School of Health Sciences Active Living Research Group and Academic Career Development Lead for the NIHR Applied Research Collaboration Wessex.

Catherine’s current research has two main themes:  development of imaging techniques to detect changes not readily seen on clinical observation; and optimisation of care for management of foot health for people with arthritis. Her research is rooted in the need to help NHS decision makers create informed choices about how to best deploy resources related to management of foot health, notably providing the evidence about new ways of delivering treatments and services more efficiently.

Important to this, Catherine has a strong track record in training researchers as well as undergraduate and post graduate students.  She welcomes any interested parties to contact and discuss the foot and ankle research programme at the University of Southampton. Her research includes undergraduate, post graduate taught, post graduate research students as well as post-doctoral investigators and interns.  Appropriately skilled visiting researchers are often hosted within the team through external collaborators that span both National and International groups.

As a Professor in Podiatry, Catherine contributes to the delivery of high quality teaching across the School of Health Sciences undergraduate, post graduate taught, continuing education and PhD programmes. She is currently supervising 3 PhD students and has supervised 7 PhDs to completion.

Catherine’s teaching focus is related to investigation and management of musculoskeletal pathology within the foot and ankle. She engages in research led teaching through the links she provides students to herclinical experience and research and fully embraces integration of research within education curricula.

“I advocate a ‘deep’ approach to student learning through case based discussions and continued application of theory to practice whilst demonstrating reflexivity with differing learning abilities”.

After qualifying as a podiatrist in the UK in 1987 Catherine worked in the NHS as a clinical academic and moved to the University of Brighton in 1996 where she was employed as a senior lecturer and programme lead for the MSc Podiatry. She moved to the University of Southampton in 2003 being appointed to programme lead for the BSc Hons Podiatry and subsequently NIHR MRes co-lead. Catherine completed her PhD on the developments of musculoskeletal ultrasound imaging techniques applied to the foot and ankle in 2009. Catherine was the first to identify ultrasound imaging as an additional skill that could be used reliably by podiatrists, particularly those working in musculoskeletal health and since then has pioneered and driven the clinical uptake of ultrasound imaging now used worldwide to expand expertise in foot and ankle musculoskeletal services.

Catherine has extensive experience in leading strategic multi-professional groups in her field and continues to make a significant contribution to sustainability of the national and international research through leading roles. For example, as Editor in Chief of the Journal of Foot and Ankle Research, a member of Royal College of Podiatry Clinical Senate and Professoriate.  As Chair for the OARSI (Osteoarthritis Research Society International) Foot and Ankle Research Consortium, she is currently involved in leading an international consensus exercise for prioritising research that will inform the global public health impact of foot-ankle osteoarthritis to advance our ability to treat this disabling condition.

Throughout her academic career, Catherine has championed the advancement of early career researchers notably through leadership of the UK wide Versus Arthritis (Arthritis Research UK) nurse and allied health internship scheme, and for women’s careers in science through leadership of the Faculty EDI and Athena SWAN committee for three years (20112014) and as a member of the Athena SWAN University steering group.